Play War Thunder for free:you’re new to the game use the link below to ge. War Thunder 'Ixwa Strike' - Changelog. The direction of launch for the Type 93 has been corrected. 15 April 2021 Update (2.5.1.84) Aircraft carrier decks have been improved. 15 April 2021 Server update.

The Type 93 is a rank VII Japanese SPAA with a battle rating of 9.7 (AB/RB/SB). It was introduced in Update 'Starfighters'.

Armour protection on this vehicle is near non-existent, but the idea of 'no armour is best armour' holds up true here. The armour is only suitable for stopping small arms fire as the vehicle is designed to be hidden away from the front lines. The hull armour is 5 mm thick all around, slightly more armour is offered on the wheels, chassis and the turret at around 10 mm. However there is a lot of empty space in this vehicle that means you can get lucky and avoid an otherwise critical hit.

This lack of armour allows this vehicle to obtain some of the fastest speeds in game on flat roads and a more than adequate speed off-road. 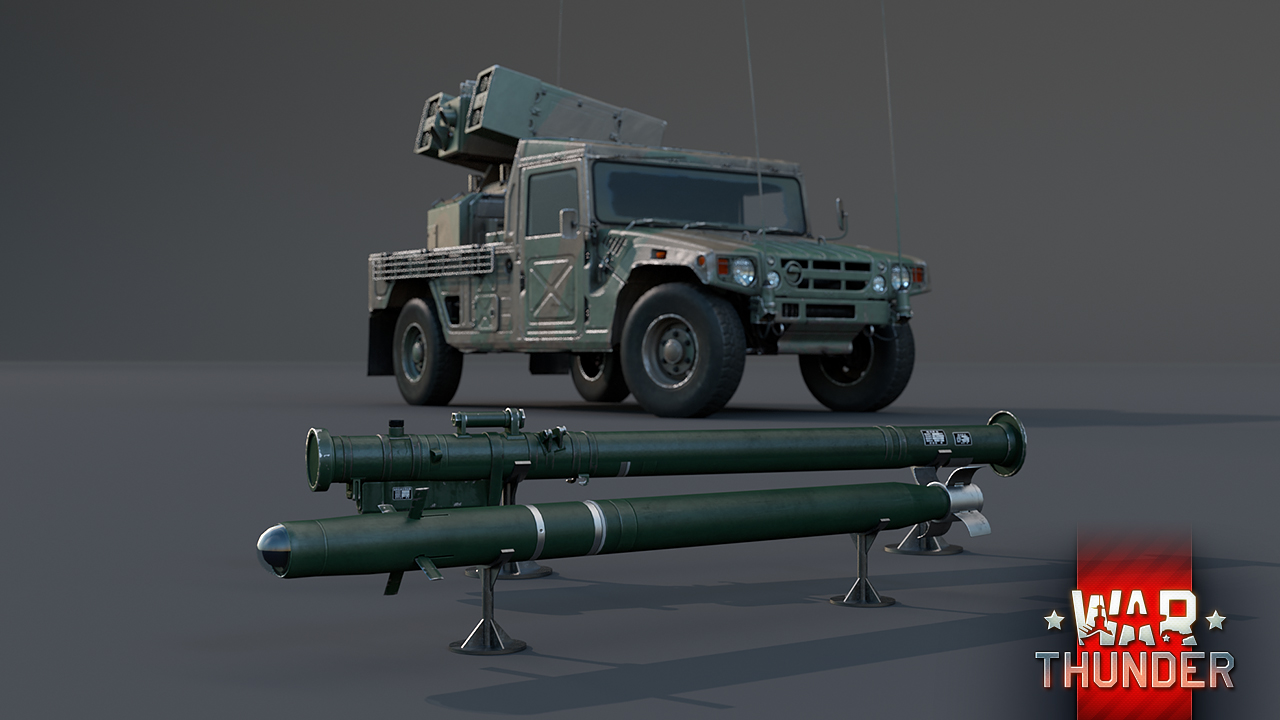 The main armament for the Type 93 is a SAM launcher built by Toshiba Heavy Industries, loaded with Type 91 missiles. These missiles are a variant of the Type 91 SAM-2 fired from handheld launchers by infantry. Their design and purpose are similar to the AIM-92 Stinger.

The launcher features a centralised optic system and 2 x 4 launchers located on either side. The turret is capable of 360 degree turning and elevation of 70 degrees, but there is no depression on the launcher meaning firing at targets below you will be difficult.

The missiles use an infrared and image-guidance system. It can lock onto heat-emitting targets but is also smart enough to detect the target through countermeasures, thus nullifying common countermeasures such as flares. The optics contain a TV camera, infrared sensors, laser receivers and IFF antennas. These feed through to a launch control device located on the passenger side of the vehicle.

This optic also allows you to track onto targets within ±1 degree of the sight, however offers no radar itself to spot incoming enemies so they must be manually spotted and locked.

The launcher has a warm up time of 4s before it can gain a lock and fire the missiles. It is advised to keep the missiles warmed at all times to intercept fast-moving jets. Only 1 missile can be fired per target and warm up and lock on must be achieved again.

The launcher can be fired on the move unlike other SPAA.

Ammo racks of the Type 93

One of the main advantages of this vehicle is the speed, your main goal will be not on the front lines but behind offering support or flanking to intercept air targets. With a range of 7 km in rear aspect and 4.5 km in all aspect you will need to move closer to the enemy than would be ideal for a vehicle like this. This vehicle is ideal for taking wide flanks through less trafficked parts of the map to get into position to lay ambushes for enemy air. While waiting for enemy air targets to spawn, you can also scout ground targets for your team.

On some maps you can be key to getting a quick cap on a middle point, or decapping a less contested point giving your team a slight advantage. Using your speed you can get in and out before many tanks realise you were even there.

In SB this vehicle really shines as maps are larger to allow more flanking so you can set up ambushes easier. Though the downside is as this vehicle does not feature radar you will have to rely on sounds and team callouts to know where to aim. However this is offset by the fact your missile lock on does not set off early warning unless you activate tracking, and by the time enemies see you it will be too late to avoid.

The Type 93 Short Range SAM (93式近距離地対空誘導弾) was a direct successor to the L-90 35 mm Anti-Aircraft Twin Cannons found on vehicles such as the Type 87 or as a separate towed emplacement.

Within the Ministry of Defense the vehicle is known as the SAM-3. The military shortened it as Short-SAM (近SAM) or nicknamed it as the Closed Arrow (クローズドアロー).

The first prototypes of the Type 93 were built in 1990 with the first tests already taking place in 1992. The main reason for having a short development time was because the missile itself, the Type 91 or SAM-2 (a man portable SAM launcher), was already done with its development in 1991 and was to simply be fitted on a Toyota Mega Cruiser. Most of the development time was put into the Fire Control System.

In 1993 it was adopted within the JGSDF as the Type 93 Short Range SAM and deployment started from 1994.

It is a vast improvement over the 35 mm KDA with the ability to track and shoot down enemy aircraft with its infrared homing included in the system. The Type 93 utilises 3rd generation infrared and ultraviolet guidance systems, which allow it to record a target's image profile and ignore defensive countermeasures such as flares.

As of 5 October 2020, the Ministry of Defense has announced they would replace the Type 93 by the fiscal year (FY) 2021 with 'an improved version of the SAM currently used for air defence by the JASDF'.

Development on the Type 93 mobile SAM platform began in 1990 after the Japanese Department of Defense tasked the Toshiba Heavy Industries company with modifying the already in service military version of the Toyota Mega Cruiser (designated BXD10) to carry the Type 91 surface-to-air missiles with the aim of creating a contemporary replacement for conventional gun-armed SPAA units.

Given how all necessary components were already more or less readily available, the actual development time for the new vehicle was fairly short. As a result, shortly after the order was issued in 1990, a prototype of the Type 93 was built and underwent successful testing. In 1993, the vehicle was officially accepted into service with the JGSDF and mass production commenced. In total, 113 Type 93s were built between 1993 - 2008, with all produced units serving exclusively with the JGSDF even until this day.

Links to the articles on the War Thunder Wiki that you think will be useful for the reader, for example:

The amount of the battle rewards required to complete the “Challenge of Numerius Granonius” has been reduced from 20 to 6.