Vmware Overview. The vmware driver supports virtualization across all VMware based hypervisors.

VMware’s Desktop Hypervisor solutions Fusion for Mac users and Workstation for the Windows and Linux userbase were launched in it’s newest versions on September 15th. Lots of new features, enhancements and support around VM Guest Operating Systems, VM Scaling, GPU, Containers and Kubernetes has made it into these releases. The made enhancements will enrich Developers tool kit as well as will provide great new capabilities for IT Admins and everyone else who is keen on spinning up and down Virtual Machines, Containers and NOW also Kubernetes.

A short recap on Project Nautilus

With Fusion Pro Tech Preview 20H1, VMware introduced Project Nautilus earlier this year (January). The main goal of the project is to provide a single development platform on the desktop by enabling users to run OCI compliant Containers as well as Kubernetes besides Virtual Machines on the desktop. A couple of months later (May), Fusion version 11.5 went GA and with this, the possibility was given to manage containers (build & run) as well as VMware’s containerd based runtime. Checkout the corresponding blog post to get to know more about it: ➡️ Fusion 11.5.5 Available Now.

In order to make use of the intruduced “Container feature”, a new command-line utility named vctl is automatically installed when installing Fusion version 11.5 and higher or Workstation 16 (depending on your OS). Users who are familiar with Docker will propably get a confidential feeling very quickly when using it. Let me show you what I mean by executing vctlin my terminal: 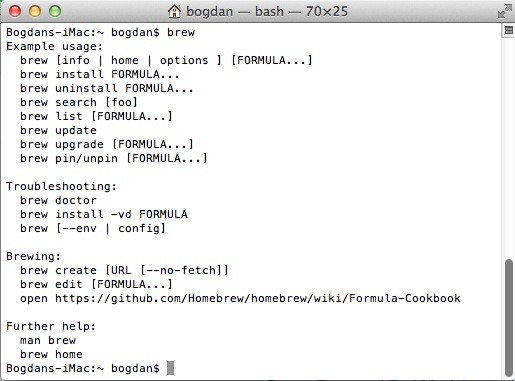 What you see are pretty basic capabilities to build, run and manage containers locally with vctl.

To get started with vctl, I’d like to point you directly to the official vctlGetting Started Guide on Github.

As mentioned in the previous section of this post, it has been planned from the very beginning of Project Nautilus to provide both, the ability to run containers AND to instantiate Kubernetes clusters on the desktop. This has now been made possible by making use of the open source project KinD (Kubernetes in Docker), which is using Docker container “nodes” to run local Kubernetes clusters. KinD has reached a decent popularity in the community and it can be easily installed on various platforms by e.g. using Brew for Mac, Chocolatey for Windows and curl in general. See also the KinD Quick Start guide.

So, what’s in for you when using Fusion or Workstation instead of the “known, step-by-step, manual way”?

Advantages I see are e.g. not having the binaries of docker, kind and kubectl installed in advance on your platform as well as not to carry about the installation process/ method(s) itself. But let me show you some of the implementation details now, to hopefully enlighten you more. vctl is available after the installation of Fusion or Workstation.

One thing before I go on! I will not cover both solutions! I’m a Mac user, so from here on I’m going to concentrate just on Fusion 12.

First! The ~/.vctl directory doesn’t exist before you have executed vctl system start for the first time!

Run vctl system start to start the containerd runtime daemon in the background and to have the aforementioned directory created.

How does it look now?

The directory has been created succesfully in $HOME (users home directory).

As you can see via the following output, the binaries for docker, kind as well as kubectl aren’t installed on my local system:

Asking how vctlkind will --help us here.

There is some really important information in here!

As you can see on the previous terminal output, the command will download the necessary binaries for kind and kubectl as well as a crx.vmdk which will be used by the CRX VM.

So in the Terminal window, the three binaries under user home ~/.vctl/bin folder will take precedence over other existing versions of kubectl/kind/docker binaries that were installed before.

Aha! This means that in case I already had e.g. kubectl installed on my system, the execution of vctl kind will affect my current running terminal by adjusting the $PATH for the according binaries. Let me validate this by leveraging which(*) again:

*The which utility takes a list of command names and searches the $PATH for each executable file.

That looks good to me! Also the ~/.vctl directory has been filled up too.

It’s time now to create a Kubernetes node. Note!vctl system start has to be executed first before leveraging kind for a deployment! Otherwise you will get the following error message:

FATAL Container engine is not running. Run ‘vctl system start’ to launch it

vctl assigns 2 GB of memory and 2 CPU cores by default for the CRX VM that hosts the Kubernetes node container. You can adjust the default vctl system configuration with the options --k8s-cpus and --k8s-mem.

The results can be seen in the config.yaml file: cat ~/.vctl/config.yaml

After a couple of seconds, you will have a Kubernetes node running on your desktop locally.

Again! When closing the terminal, the following applies:

The vctl-based KIND context will be lost if you close the Terminal window.Next time you want to interact with the Kubernetes clusters, run the vctl kind command.

The details of the last two sections can be watched via the following recording. I’ve used asciinema to record my terminal in and -output.

Before closing this post with my conclusion, I wanted to mention the following as well. Besides the addition of kind to the vctl utility, it also got some new options which e.g. allows you to login into a container registry like Harbor for example as well as to manage volumes (currently only support volume prune).

This is also documented in the Documentation.

I enjoyed digging deeper into the implementation details of Project Nautilus which is now fully integrated in Fusion 12 and Workstation 16. This is a great addition to VMware’s Desktop Hypervisor solutions and provides a great experience not even for those who want to get started with containers and Kubernetes but also for the more experienced users among us.

Unless otherwise noted (either in this file or in a file's copyright section) the contents of this gist are Copyright 2020 by Christopher Allen, and are shared under spdx:Creative Commons Attribution Share Alike 4.0 International (CC-BY-SA-4.) open-source license.

If you more tips and advice like these, you can become a monthly patron on my GitHub Sponsor Page for as little as $5 a month; and your contributions will be multipled, as GitHub is matching the first $5,000!This gist is all about Homebrew, so if you like it you can support it by donating to them or becoming one of their Github Sponsors.

Intro to Brew, Bundle, and Brewfile

A key feature of Brew is its ability to set up your Mac to a known configuration. It does this a feature called Bundle that uses Brewfiles. As doing development, or experimenting with new apps can break your system, I can easily restore back to a known configuration, both on my primary Macs, but also in VMware Fusion instances where I do more testing, including testing on old versions of MacOS and new beta versions of MacOS.

A version of Brew also is available on Linux, but I mostly use apt-get on Debian. I am considering some cross-platform development scripts to use Brew instead.

Compete details are at Brew but fairly simple to install. Open terminal.app (command-space + 'terminal') and paste this command on the command line.

Another easy way to install all of this, along with some good basic security hardening practices, is to use Mike McQuaid's Strap tool by going to https://macos-strap.herokuapp.com/. If you have a github account, it will also install basic github permissions.

The most basic command

Looks for ~/Brewfile and installs its contents

If you want to use a brewfile from a non-standard place.

or to a specific directory and file name.

If a Brewfile already exists, you'll need to do

Cleaning up to match brewfile

If you want your current system configuration to match your brewfile

A key practice is to install EVERYTHING possible using brew, brew cask, or mas. Even things like fonts!

To use this make sure that these entries are near the top of your Brewfile:

You even install many open source fonts this way. Do brew tap homebrew/cask-fonts' and Add this top the top of your Brewfile`:

On can search for fonts once tapped by

Finally, there is a Cask-Update tool that works with brew cask to update all of your Mac apps.

Add this to your Brewfile:

Then to upgrade all of you Mac apps, just do:

Cask-Update details some other features. In particular, I like brew cu pin <caskname> which locks an app to a specific version.

My current minimal Brew on macOS is:

I have two brewfiles currently: