Visual Studio 2017 comes with a CMake integration that allows one to just open a folder that contains a CMakeLists.txtand Visual will use it to define the project build.

Conan can also be used in this setup to install dependencies. Let`s say that we are going to build an application that dependson an existing Conan package called hello/[email protected]/testing. For the purpose of this example, you can quickly create this package by typingin your terminal:

The project we want to develop will be a simple application with these 3 files in the same folder:

CMake and Visual Studio 2017. Cannot get a simple program to link via Visual Studio 2017 using the supplied CMake ARM-GCC. Has anyone gotten this to build succesfully? Tried the default mbed blinky project, exported it to CMake GCC-Arm, ran with. The following CMakeSettings.Json.

It does not matter whether I specify “Visual Studio 15 2017” as the generator, or let CMake automatically find and select it, the project command will always overwrite the values in CMAKECCOMPILER and CMAKECXXCOMPILER. Using cmake-gui or the command line yields the same result. The CMAKEGENERATORINSTANCE variable may be set as a cache entry containing the absolute path to a Visual Studio instance. If the value is not specified explicitly by the user or a toolchain file, CMake queries the Visual Studio Installer to locate VS instances, chooses one, and sets the variable as a cache entry to hold the value persistently. One of the important changes in Visual Studio 2017 for native development is support for CMake. CMake is a cross-platform open-source tool for defining the build process for native applications independently of compilers and environments. 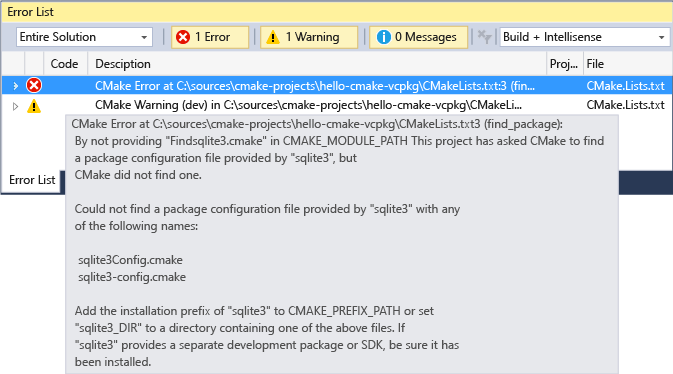 If we open Visual Studio 2017 (with CMake support installed), and select “Open Folder” from the menu, and select the above folder,we will see something like the following error:

As expected, our CMakeLists.txt is using an include(${CMAKE_BINARY_DIR}/conanbuildinfo.cmake), and that file doesn’t exist yet,because Conan has not yet installed the dependencies of this project. Visual Studio 2017 uses different build folders for eachconfiguration. In this case, the default configuration at startup is x64-Debug. This means that we need to install thedependencies that match this configuration. Assuming that our default profile is using Visual Studio 2017 for x64 (it should typically bethe default one created by Conan if VS2017 is present), then all we need to specify is the -sbuild_type=Debug setting:

Now, you should be able to regenerate the CMake project from the IDE, Menu->CMake, build it, select the “example” executable to run, and runit.

Now, let’s say that you want to build the Release application. You switch configuration from the IDE, and then the above error happensagain. The dependencies for Release mode need to be installed too:

The process can be extended to x86 (passing -sarch=x86 in the command line), or to other configurations. For production usage,Conan profiles are highly recommended.

The cmake-conan project in https://github.com/conan-io/cmake-conan is a CMake script that runs an execute_process that automaticallylaunches conan install to install dependencies. The settings passed in the command line will be derived from the current CMakeconfiguration, that will match the Visual Studio one. This script can be used to further automate the installation task:

This code will manage to download the cmake-conan CMake script, and use it automatically, calling a conan install automatically.

There could be an issue, though, for the Release configuration. Internally, the Visual Studio 2017 defines the configurationType AsRelWithDebInfo for Release builds. But Conan default settings (in the Conan settings.yml file), only have Debug and Releasedefined. It is possible to modify the settings.yml file, and add those extra build types. Then you should create the hello packagefor those settings. And most existing packages, specially in central repositories, are built only for Debug and Release modes.

An easier approach is to change the CMake configuration in Visual: go to the Menu -> CMake -> Change CMake Configuration. That should openthe CMakeSettings.json file, and there you can change the configurationType to Release:

Note that the above CMake code is only valid for consuming existing packages. If you are also creating a package, youwould need to make sure the right CMake code is executed, please check https://github.com/conan-io/cmake-conan/blob/master/README.md

Another alternative is using file tasksfeature of Visual Studio 2017. This way you can install dependencies by running conan install as task directly in the IDE.

All you need is to right click on your conanfile.py -> Configure Tasks (see thelink above) and add thefollowing to your tasks.vs.json.

Then just right click on your conanfile.py and launch your conan install and regenerate your CMakeLists.txt.

We recommend you use CMake for projects that are cross-platform or will be made open-source. You can use CMake projects to build and debug the same source code on Windows, the Windows Subsystem for Linux (WSL), and remote systems.

Also, make sure the following are installed on the remote machine:

The binaries are installed in ~/.vs/cmake. After deploying the binaries, your project automatically regenerates. If the CMake specified by the cmakeExecutable field in CMakeSettings.json is invalid (it doesn't exist or is an unsupported version), and the prebuilt binaries are present, Visual Studio ignores cmakeExecutable and uses the prebuilt binaries.

Visual Studio 2017 can't create a CMake project from scratch, but you can open a folder that contains an existing CMake project, as described in the next section.

You can use Visual Studio 2019 to build and debug on a remote Linux system or WSL, and CMake will be invoked on that system. Cmake version 3.14 or later should be installed on the target machine.

To create a new Linux CMake project in Visual Studio 2019:

Alternatively, you can open your own CMake project in Visual Studio 2019. The following section explains how.

Visual Studio creates a minimal CMakeLists.txt file with only the name of the executable and the minimum CMake version required. You can manually edit this file however you like; Visual Studio will never overwrite your changes.

To help you make sense of, edit, and author your CMake scripts in Visual Studio 2019, refer to the following resources:

When you open a folder that contains an existing CMake project, Visual Studio uses variables in the CMake cache to automatically configure IntelliSense and builds. Local configuration and debugging settings get stored in JSON files. You can optionally share these files with others who are using Visual Studio. 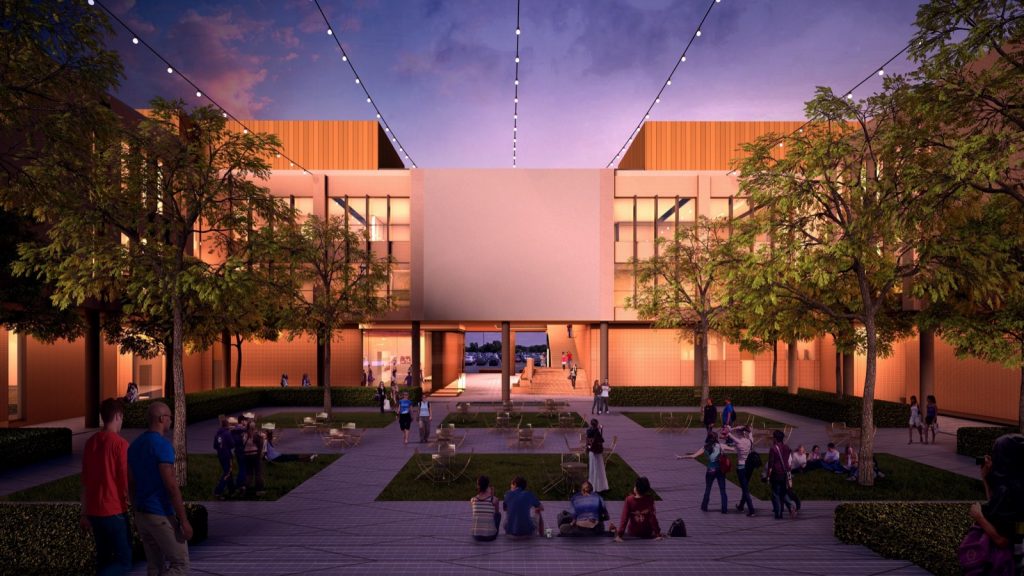 To get started, choose File > Open > Folder from the main menu or else type devenv.exe <foldername> in a developer command prompt window. The folder you open should have a CMakeLists.txt file in it, along with your source code.