(V) The Serial - Episode 25 - Part 1. Arshdeep gill Subscribe Unsubscribe 1. 31 Dec 2012 15 078. Tweet Share on Facebook. HTML-code: Copy. The Victory model was so named for the 'V' prefix which was placed before the serial number and represented 'Victory' against the Axis powers in World War II. Serial numbers for the.38 special Victory model began at about V1 in early 1942 and ran until VS811119 with a.

The revolvers of the U.S. armed forces have always been under appreciated by collectors, the good news is that makes them relatively inexpensive to acquire, but this is changing. At a recent trip to the 2003 Louisville gun show I noticed prices on Victory revolvers had increased noticeably. That being said you might want to consider adding a few Victory models to your USGI collection.

While the information I provide below can be helpful please see the list on the bottom of this page for reference material you should have if you are going to collect these historical pieces . The Victory model revolvers participated in various roles from guard duty to riding in a shoulder holster with fighter and bomber pilots. I have talked to many ex-military personnel that carried them as late as the 1980s, as you can see these pistols played a significant part of our history. To this day the Victory model is a very enjoyable shooting collectible, mainly due to its inexpensive cost, light recoil, and good accuracy.
Enjoy and happy collecting, Ty

The Victory model was so named for the 'V' prefix which was placed before the serial number and represented 'Victory' against the Axis powers in World War II.

Serial numbers for the .38 special Victory model began at about V1 in early 1942 and ran until VS811119 with a date of late August of 1945 (end of production). V1 to approximately V39,999 were predominately .38 S&W Caliber (I have observed revolvers in the 1-40000 range in .38 special caliber). Serial numbers are located on Inside right grip, frame butt, Cylinder, extractor star, and bottom of barrel. Crane and crane recess are also serial numbered to each other, but this is a different number then the revolvers serial number as is correct for Victory model revolvers.

The Victory Revolver was produced during World War II, it is a variation of the Military & Police Model of 1905, fourth change and had the following characteristics between 1942 and 1945:

W.B. - The acceptance mark of Ordnance officer Waldemar Bromberg is located on the butt (to about serial number V145000). Just to the right of the acceptance mark (W.B.) is usually found an ordnance bomb and proof mark. The 'P' proof mark indicates this revolver has passed military proof testing. EXAMPLE – Click Here 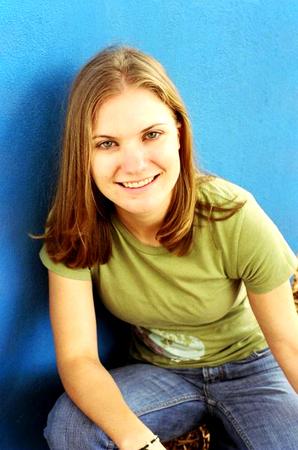 U.S. PROPERTY – The property mark was shortened to 'U.S. PROPERTY' at about serial number V300000. At this time the G.H.D acceptance mark was moved from the butt to the left top strap with the property mark. Applied at the S&W factory. EXAMPLE – Click Here

U.S. NAVY – Found on the revolvers left top strap as per the two Navy contracts. The Navy also applied a Property mark on the left side plate on some revolvers; these were filled in with red paint. This is not an S&W applied marking. EXAMPLE – Click Here and Here for the Navy applied mark.

Victory models have also been produced with out property marks, these revolvers were probably delivered by the U.S. Defense Supply Corporation (DSC) to defense contractors and public agencies that required them for guarding war sensitive materials.

P – Proof marking. This can very depending on the contract. Navy marked pistols usually have none. But C.W. Pates books indicate that some delivered under an Army contract could be found with a P mark. Post the V400,000 serial number range they are located on the underside of the barrel, back of the cylinder and left side plate. The later appear to be Army Supply Program contract revolvers. EXAMPLE – Click Here

Victory model 38 Special – 352,000 shipped to the Army and Navy. Some of these were shipped to a commission responsible for supplying the civilian industries. They will usually have no property marks. Uses included guarding factories, ports, and federal/local government agencies.

Note: You can find all kinds of variations, with additional war and post war markings. These include rebuild markings, country ownership markings, unit markings, and much more. For a complete listing see the books referenced below.