So, I’m about to do this mission and I’m seeing many people had trouble with it. Let’s see how it goes with my Caracal and Thermal Standard missiles. I have a range of about 45km, let’s hope that’s enough. I’ll update this entry to share my results. Edit: Ok, I finished the mission on about a little more of half an hour. 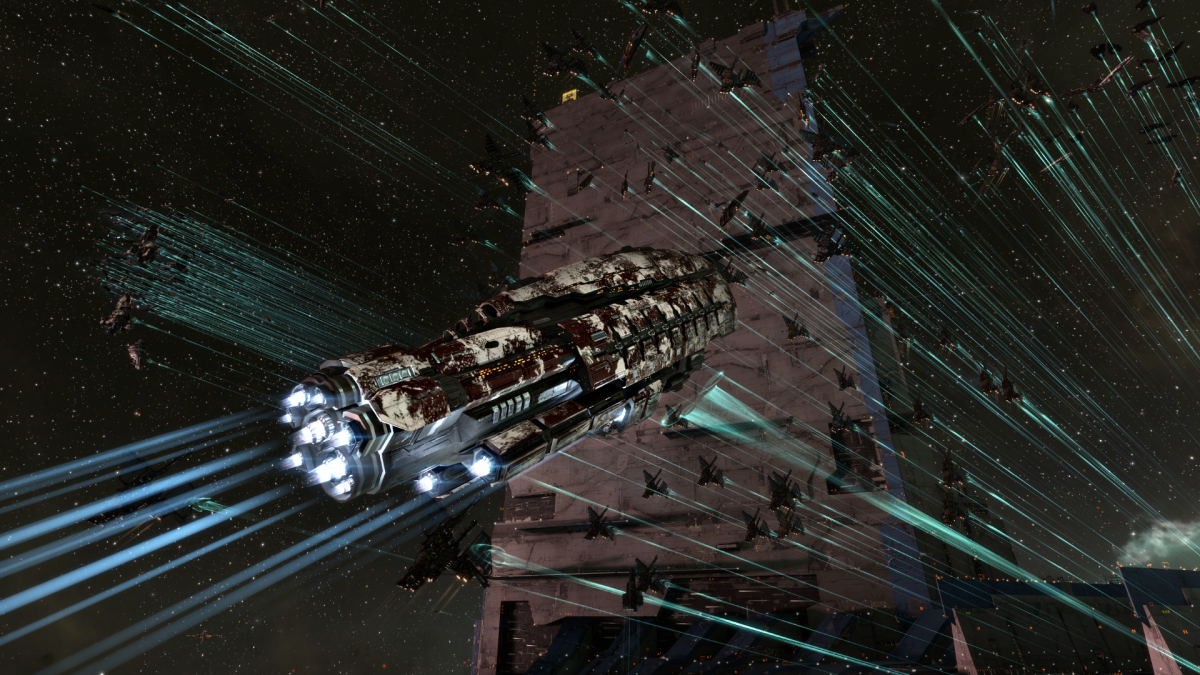 The “Tiericide” movement from CCP has given me final cause to take a hard look at my hangar. To be blunt: it was needlessly overfilled. My personal hangar had well over 80 ships last month, and I regularly flew approximately ten of them. Worse yet, more than half the hangar wasn’t even assembled ships — much less have fittings.

So, I rolled up my sleeves and opened my ledger books. I asked myself some pointed questions: What ships had the most use? Which ones posted a profitable ROI (hull and fitting cost compared to mission/ratting/mining profits over time)? Which did I have level 5 skills to fly? What were the price histories over the past few years – did any stand out as increasing substantially due to more than simple inflation? What were the more costly ships to operate? How many duplicates of ships did I have that never undocked?

And lastly, which ships did I enjoy the most?

Once I gathered the information and started forming an order to my most preferred ships, I cross referenced my skills for both the ship itself and the corresponding fit equipment (or, in many cases, proposed fits as they weren’t even assembled). Granted, I could fly each and every one of the ships I owned. But as we all know in EVE, “just because you can fly something doesn’t mean you should.”

With the “sell” list finalized, I proceeded to shift into market mode over the next few days. Moving ships to where buy orders were sometimes stupidly high, placing attractive sell orders in trade hubs (mostly Amarr), and watching the market closely was my M.O. until the last order cleared.

The profits were then split between filling my wallet and stocking up on the ships I previously identified as the most used for the purposes of spares and backups. I’d much rather have a stockpile of 5 or more ships that I frequently fly in the event I lose several. This gives me the opportunity to buy over time at the best prices, rather than after I’ve run out and I find myself at the mercy of whatever the market is charging at the time.

After all was said and done, my total inventory had decreased by over 30 percent. The number of different ships found in my hanger decreased by almost half the total I had when I started ‘The Great Purge.’ It was also liberating on several fronts: I had less skills (and less diverse skills) that I wanted or needed to plan over time. I also have a much more refined arsenal of ships from which to choose now, tailored to more specific purposes. And, I was able to convert far more of my overall assets from capital to liquid in this process.

Cash, as they say, is king.