Gitpod, which provides remote environments for testing and debugging code, has shifted to Visual Studio Code from Eclipse Theia and is sponsoring a new event called DevX Conf, focused on the developer experience.

The idea behind the open-source Gitpod platform is that developers code, build, test, and debug in a remote workspace implemented as a Docker container, running on Kubernetes, and accessed via a web browser.

There are integrations with GitLab, GitHub, and Bitbucket, and the official IDE is Eclipse Theia – or was. 'The IDE you get is now the original VS Code,' co-founder Sven Efftinge told us.

'Previously we were using Theia which lagged a bit behind and had some rough edges around some of the extension support. Now the IDE is completely on a par with what you get locally.'

Eclipse boss Mike Milinkovich, who said 'anyone who relies on VS Code is then dependent on the future investment of Microsoft,' may be disappointed as Gitpod was one of Theia's most prominent users.

Is Efftinge no longer worried about Microsoft's influence – bearing in mind that GitHub's awaited Codespaces is likely to be Gitpod's biggest competitor?

'It has changed a bit. We are using the Microsoft open source basis. Gitpod is not about the IDE so much as about the automated dev environment and allowing everyone to use their favourite IDE just makes a lot of sense.'

Efftinge added that the requirement to edit in the browser will be lifted. 'The next step for Q2 will be allowing local desktop IDEs to connect easily with Gitpod cloud workspaces.'

The Theia project provides a template desktop product called Eclipse Theia Blueprint. It comes with installers for all major operating systems so it is very easy to consume. Theia blueprint is assembling a subset of existing Eclipse Theia features and extensions and a good way to showcase the abilities of the platform. The idea behind the open-source Gitpod platform is that developers code, build, test, and debug in a remote workspace implemented as a Docker container, running on Kubernetes, and accessed via a web browser. There are integrations with GitLab, GitHub, and Bitbucket, and the official IDE is Eclipse Theia – or was. Theia is a new IDE “designed from the ground sic to run on Desktop and Cloud” released by The Eclipse Foundation: Eclipse Theia is an extensible platform to develop multi-language Cloud & Desktop IDEs with state-of-the-art web technologies. The screenshots look just like Visual Studio Code, and it supports VS Code extensions: We believe.

This will be through an SSH tunnel, with an IDE-specific component that runs on the remote container. 'VS Code already has a great remote SSH mode,' said Efftinge, 'and we know JetBrains is working on one as well. It's like the trend we saw a couple of years ago with language servers. This kind of remote client server model is going to all important IDEs.'

Gitpod is also coming out of preview with a feature introduced in December, the ability to run with root permissions on a remote workspace. 'We've been working on a namespace layering system that makes it secure for everyone to get sudo rights,' said Efftinge. 'You can be root and run Docker, you can build Docker images, run Docker Compose, all the things you would do locally.'

Eclipse boss claims Visual Studio Code is an open-source poseur – though he would say that, wouldn't he?

At the heart of the Gitpod concept is the notion that maintaining a developer machine is hard work and can be fragile, especially for coders who work with more than one SDK. A Gitpod workspace is ephemeral, with its configuration defined in code. There are trade-offs such as a startup delay, the limitations of working remotely, and the cost of a subscriptions, against benefits such as a predictable developer environment customised for each project, and the ability to work anywhere with a wide range of PCs or tablets as the client.

Gitpod argues that developing remotely improves the developer experience, which may be why the company is sponsoring a virtual DevX Conf at the end of this month on this topic. The company claims it is the 'first-ever community event exclusively about developer experience.' Why is this a topic worth attention?

'It's about developer experience from all aspects,' said Efftinge, 'not only developer environments, but what makes a good API, Vi and Emacs versus IDEs, things like that.'

What is developer experience? 'It is all the things that affect you during your daily workflow as an engineer. It is the user interface, not only graphical interfaces but also command line tools and the development pipeline. How often do you have situations where you don't know what's going on, 'works on my machine' situations? We also think about things like how do you collaborate?

'Wherever there is friction, or useful work, or yak shaving, or useless waiting, those are points where I'd like to put effort into streamlining them. Engineers all over the world are wasting time with stuff.. how can I level up my game? What tools should I use or how can I use certain tools in order to improve my output, and also my joy during work?'

Efftinge's view is that while the developer experience has been looked at from time to time, more should be done. 'We are able to derive patterns,' he said, 'like how do I build a proper CLI [Command Line Interface]? Things like composability are important for developers, they want to have building blocks. A CLI needs to be build like that, an API needs to be built like that. Also tools, like IDEs. In the past they have been more monolithic, build everything with the user interface. Now they are more reduced, you have a rich editor, then you hook in language servers and have a CLI. There are patterns that have evolved.'

That would be VS Code rather than Visual Studio, then. Details of the conference are here complete with a manifesto and a list of topics including ephemeral development environments, remote work, reproducible builds, and instant continuous deploys – all things which just happen to be in tune with Gitpod's approach. ®

KING KILL 33 James Shelby Downard with Michael A. Hoffman II The power of the Secret Government over the news media continues unabated. During the time of the Watergate scandal, major scandals of the past were reviewed; but the torture and murder of Captain William Morgan in 1826, from which. 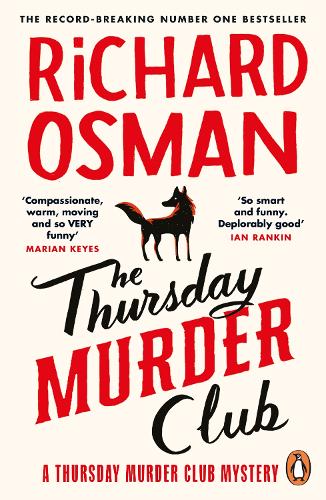 The Eclipse Foundation has pulled back the curtains on version 1.0 of Theia, an alternative to Microsoft's developer darling of the hour, Visual Studio Code.

Except it isn't just yet. Those hoping to ditch a Microsoft-branded IDE for something more vendor-neutral might have a while to wait for something to drop from Eclipse itself, although a hop to somewhere like Gitpod will give those interested a look at the cloudy version.

Eclipse Theia is a framework on which organisations can build and brand their own products, on the desktop or online, rather than a standalone editor.

The Eclipse Foundation has considerable form when it comes to code wranglers, being responsible for the Java-based Eclipse IDE (which is rapidly approaching 20 years since its own version 1.0 release) and hundreds of other open-source projects. While the full-fat Visual Studio was the competition for the Eclipse IDE back in the day, Eclipse Theia is aimed squarely at Visual Studio Code and, like Microsoft's Electron-based editor, is quite a different beast to its more sprawling stablemate.

Speaking to The Register, Mike Milinkovich, the Eclipse Foundation's executive director, was quick to praise Visual Studio Code, but cautioned that 'it's tightly controlled by Microsoft and, although the underlying code is open source, they do control the registry of extensions and put Microsoft branding throughout that.'

The likes of VSCodium attempts to deal with at least some of the open-source worries around Visual Studio Code, but the Theia approach is to provide a framework that starts under the Eclipse Public License 2.0 and can be built out by the likes of Arduino to create a branded product.

One of the highlights of Visual Studio Code is the huge number of extensions built for the platform. Recognising the importance of this library, Sven Efftinge, project lead for Theia (and CEO of Gitpod), told us the project '100 per cent supports native VS Code extensions', adding: 'You can just drop them into Theia and use the latest and greatest tool support.'

There is, as always, a catch. While the vast majority of VS Code extensions are open source, Microsoft's terms for its marketplace means the gang cannot use it. To mitigate this, the Eclipse Foundation will host its own marketplace, which Efftinge told us 'is truly open source and doesn't have these limitations for downstream adopters'.

While Efftinge insisted 'they don't need to recompile', the challenge will be persuading developers used to uploading their toys to the Microsoft marketplace to also pop the same binary into the Eclipse Marketplace. The gang already has Red Hat on board and Efftinge was keen to get the rest of the community engaged, saying: 'People develop stuff for the community in open source so they have an interest to get it to the users instead of putting it in some walled garden.'

Under the hood, Theia runs in two separate processes, helpfully named 'frontend' and 'backend', which communicate through JSON-RPC messages over WebSockets or REST APIs over HTTP. Like VS Code, Electron puts in an appearance and when running on the desktop both backend and frontend run locally, while the cloudier version has the backend running on a remote host.

Work on Theia first began in 2016, the year after VS Code first debuted (although it took until 2016 for the latter to exit preview and hit version 1). The reason for this was, according to Efftinge, to ensure it was 'production ready'. The likes of SAP, with its Business Application Studio, have also jumped aboard.

VS Code currently enjoys a commanding lead in most environments, thanks in part to a thriving marketplace and because developers just seem to like it.

The arrival of Theia brings with it the promise of more competition, which can only be a good thing. ®