Doughnut Economics: Seven Ways to Think Like a 21st-Century Economist. Find this book: One day economic historians might examine Doughnut Economics as an artifact of thinking that emerged as a result of the 2008 financial crisis, deriving its credibility from the fact that economics failed to predict it. FREE MARKET ECONOMICS: A BASIC READER Free Market A Basic Reader Compiled by Bettina Bien Greaves 5 O (J W13MJEW 33J.

Doughnut economics - the idea that we should seek to situate our economies and societies in the zone between the smaller domain of human needs, and the upper domain of the planet's environmental limits - has rightly become an inspiring analysis and metaphor (we've profiled it a few times already on A/UK - positively and critically).

But we really enjoyed Kate's response to a strong critique of her thesis from the rising star economist Branko Milanovic. Some selections from her response below - in which she has helpfully summarized Branko's original points. It's open for debate, so watch as it develops.

Branko, you argue that Doughnut Economics fails to convince for four reasons:

1. It does not acknowledge that global GDP must rise significantly to end poverty.

2. Current ‘green’ innovations are marginal and their progress is minimal compared to ‘what needs to happen’.

3. The book portrays globalized capitalism as entering a ‘more cooperative and gentler’ phase – but in fact people are embracing ever greater commodification, leading to a self-centred, money- and success-oriented society.

4. The book conveys a world that is ‘devoid of major social contradictions’, and refers to a ‘we’ of 7.3 billion people that doesn’t exist: in reality, different class and national interests are fighting each other.

I will respond to each in turn, using our initials (BM and KR) to make things clear. Malwarebutes or avast for macexfasr.

KR: I disagree. The central premise of Doughnut Economics is that humanity’s 21st century goal should be to end poverty for all, and do so within the means of the living planet. Ensuring everyone in the world lives well above the Doughnut’s social foundation (in terms of healthcare, education, housing, food, water, energy use, mobility, and so on) will obviously lead to an increase in economic activity and hence global GDP. As I write in the book,

Across low- and middle-income countries (where national income is less than $12,500 per person per year) a higher GDP tends to go hand-in-hand with greatly increased life expectancy at birth, far fewer children dying before the age of five, and many more children going to school. Given that 80% of the world’s population live in such countries, and the vast majority of their inhabitants are under 25 years old, significant GDP growth is very much needed and it is very likely coming.

BM 2nd critique:“Current ‘green’ innovations are marginal and their progress is minimal compared to ‘what needs to happen”.

KR: I couldn’t agree more. If I thought ‘green’ innovation was already taking place on anything like the scale needed, I probably wouldn’t have felt compelled to write the book. But five facts (or views) of the world drove me to do so:

My attempt at resolving it, as you know, is to advocate an economic mindset focused on creating economies that are regenerative and distributive by design and, simultaneously, to overcome the structural dependence of high-income countries on endless GDP growth.

Yes, I think this growth addiction is the mother of all long-term economic challenges, and I certainly don’t have all the answers, but I tried to address it in the book because it doesn’t go away if we simply don’t confront it.

BM 3rd critique: “The book portrays globalized capitalism as entering a ‘more cooperative and gentler’ phase – but in fact people are embracing ever greater commodification, leading to a self-centred, money- and success-oriented society.” 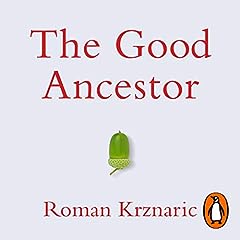 KR: I certainly don’t think capitalism is entering, as you put it, ‘a gentler and more cooperative phase’ (you must be joking!). Instead, I see alternative forms of economic organizing emerging – running counter to the extractive drive of capitalism – such as in open-source design, platform cooperativism, and the creative commons.

You describe people as ‘acquisitive and money-grubbing beings’ and that ‘we accept and promote commodification in our personal lives’, moving us further towards a ‘self-centred, money and success-oriented society’ of ‘hyper-commercialized capitalism that leads us more and more to value only monetary incentives and disregard others’.

Ouch. Branko, I’m starting to worry you that lived for too long in Washington DC…but seriously, look to the literature. If empirical research into human behavior has told us anything over the last 30 or so years, it tell us that we, Homo sapiens, are far more nuanced than this.

We are conditional cooperators and altruistic punishers (Bowles and Gintis), with a common set of universal values (Schwartz), influenced by both intrinsic and extrinsic motivations (Crompton and Kasser), and able to self-organize effectively not only through markets but also through the commons (Ostrom). Indeed I see you’ve been engaged in this discussion about human nature, behaviour and morality in this recent really engaging blog debate at Evonomics (http://evonomics.com/role-of-morality-in-a-capitalist-economy/).

Perhaps the nub of our difference in view is this: you think humanity is so far gone into capitalism that people have become irredeemably motivated by self-interest alone. I simply disagree, and see evidence to the contrary every day, in the street and in the worldwide news.

Since you amusingly likened my worldview to Giotto’s paintings of St Francis (I very much hope not – it looks far too male-dominated for me), then I’ll stick with the high-art analogies and say your dismal view of humanity reminds me of Rodin’s Gates of Hell. “Abandon every hope, who enter here”. I chose a different gateway to the future and I think many millions of others do too.

BM: 4th critique:The book describes a world that is ‘devoid of major social contradictions’, and refers to a ‘we’ of 7.3 billion people that doesn’t exist: in reality, different class and national interests are fighting each other.

KR: I have to disagree: the book absolutely acknowledges the pervasive role of power relations between social groups. As I write in the book,

Power is at play in myriad places throughout the economy and society: in daily household decisions about who cares for the kids; in boss-versus-worker wage negotiations; in international trade and climate-change talks; and in humanity’s domination over other species on the planet. Wherever people are present, so too are power relations . . . When it comes to the workings of the economy, one power relationship in particular demands attention: the power of the wealthy to reshape the economy’s rules in their favour. And yes, at the same time, I very much believe there is a ‘we’ of 7.3 billion people: it is the ‘we’ of Homo sapiens, the most dominant species on the planet, whose collective activities have given rise to a new epoch on Earth, the Anthropocene.

Rather than avoiding social contradiction, I think the book actually goes beyond and takes on the major social-ecological contradiction of our times. As I write in Chapter 7:

Growth-centric thinking is so deeply ingrained in economics that it has become the water we swim in – but, as I argue in the book, I think it profoundly influences economic worldviews and creates an expectation of and belief in the possibilities of endless GDP growth, even in the richest of countries, and even though there is no evidence that it can be made compatible with preserving the integrity of Earth’s life-supporting systems on which we (yes, we) all depend.