We use SonarQube for static code analysis scans. These are automated via Travis, same as our usual builds.

We don't use the Travis' plugin for Sonar due to the fact we use Docker and not the bare Travis, and these two are not compatible.

We have a dedicated docker-compose target for scans, sonar-scan. Necessary values are passed to Sonar scanner as command-line parameters.

For the whole config to work, the following one-time configuration steps are necessary:

These scans are executed each time there's an internal pull request (from a branch local to main mraa repo) or a master branch push. Upon the former the so called 'preview' scan is executed, which doesn't upload anything to SonarQube organization and only reports the result within the PR. Upon master branch push a normal scan is executed and results are uploaded to SonarQube. Backyard sports games pc.

When there's a so called 'external' pull request (originating somewhere else than mraa's main repo, e.g. from a fork), no scan is done for security reasons, as code within such PR would have access to tokens listed above.

In view of such setup, it's beneficial to create internal pull requests as much as possible, because you'll catch problems right away - in the preview scan, before PR is merged.

Just use the command line from the scanner script. See sonar_cmd_base variable specifically and just replace various tokens listed there with proper ones. Please also don't forget that you need to run the build wrapper first, so that the scanner knows what to scan.

The set of commands for the main mraa repo and SonarQube project would look like the below. Note that it will upload results to the SonarQube by default, if you don't want that, setup a throwaway 'project' in SonarQube, or create a separate 'organization' dedicated to your mraa repo fork: 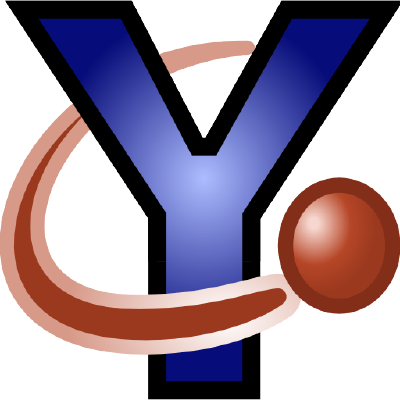 Notice that we first set the PATH to point to our downloaded copy of Sonar tools. You can find more information on setting these up in SonarQube's nice Getting Started tutorial.

In the past we've used Coverity to do static code analysis scans. Below is the documentation on that setup - for archiving purposes.

This is the procedure to submit a build to Coverity. You'll need to install coverity-submit for your OS.

This is done thanks to the infrastructure provided by the EP-SFT group. This consists of a Coverity Connect server on coverity.cern.ch and a build node on buildcoverity.cern.ch.

1. Coverity server (set up the database to host the results of the Coverity scans)

The results of the Coverity scans for the Persistency packages can be viewed and analyzed by logging on the Coverity Connect instance on coverity.cern.ch.

To use the Coverity Connect server, refer to the Coverity Usage and Administration Guide (authentication required). Before using Coverity, you or your admin must have configured the following sets of server-side entities for you:

The following setup is being used for CORAL and COOL as of January 2016:

The scans are prepared on a specific SLC6 node buildcoverity.cern.ch, where Coverity is installed. The new infrastructure allows software builds with c++11, which could not be used on the previous machine.

Prepared directories for the Coverity scans

The Persistency scans are prepared in /builda/Persistency and its subdirectories.

Extended attribute ACLs (see getfacl and setfacl) can be used to make sure that all relevant users can read and write the same files there.

In each /builda/Persistency/<project>/trunk directory, the results are created in a cov-out subdirectory (which must be deleted before each new scan), at the same level as src and the build and installation directories. For instance:

3. Coverity server (analyze and triage the results of the Coverity scans)

After committing the results of Coverity scans, go back to the Coverity server. You may then analyze and triage all defects (and iterate after fixing them if needed).