Here is a lovely guest post by Andreas Kornevall.

The Story of the Baiji River Dolphin

In the year 354 BC, there was a young Princess who lived on a tall sailing ship called the Dragon of the White Jade. The ship was built by Master Chen, China’s greatest ship builder; it had over one hundred rooms, all of them richly decorated with gold and silver carvings depicting the life on the Yangtze River. When the ship set sail, the villagers gathered alongside the river banks to celebrate with the Emperor and his consort. Princess Baiji was loved by all her people, she was vivacious and always cheerful and many could hear her laughter and her joy was felt from afar. She would rarely leave the river, she spent days swimming, collecting shells and pebbles along the lush river banks.

But her carefree life could not last forever. Her father, the Emperor, believed she was wasting her life away swimming in the currents and running on the river banks. He decided that she should marry a great Prince and he made the declaration to the whole Empire before Princess Baiji was informed. It was a momentous occasion and everyone rejoiced and began preparations for a lavish wedding on the Dragon of the White Jade.

Baiji is a Chinese word meaning 'a white dolphin.' This species is one of the most endangered cetaceans in the world, with a population numbering in the tens or fewer. Females are slightly larger than males.

Princess Baiji was the last to find out. When she was summoned to her father, she was given a list of duties she would have to perform as the wife of the Prince. The Emperor sent her away to prepare for her new commitments to the Prince. During this time of preparation for her wedding, she learned that her life would no longer be spent swimming along the warm currents of the river, or ever having time to admire the shimmering waters with their hidden shells and jade stones. She became heartbroken.

She went to her father and told him she had decided not to marry the Prince, instead she wanted to continue spending her days bathing in the river and collecting jewelry. This revelation flew like a stray arrow into the Emperor’s heart. He retaliated by saying that she had brought shame on the family and to the whole Empire. In his rage and fury, a sudden madness overcame him. The Emperor’s loss of face had made him blind to the love that he had felt for his daughter and he sentenced her to be put to death. The guards of the Emperor took her roughly by the arms and led her outside, whilst the people shouted for the Emperor to stop this folly. The next morning, she was forced to stand aft on the ship. The guards pushed her overboard into the currents and as she was bound by strong silk threads she drowned.

As she lay on the bottom of the river, the River God himself was moved to pity. He breathed life back into her and loosened her silken threads. As a River God he was able to transform her into a creature who lived in the river. He willed that her smile become permanent on her new slender beak, and he made the happy twinkle in her eyes shine at all times. Her body began to transform, and she grew a tail and a fin. He turned her into a River Dolphin. When she told the River God about her story he reacted full of fury. He arose from the river and stirred up a storm, capsizing the Dragon of the White Jade. The Emperor was thrown into the dangerous currents where he struggled for his life. When Princess Baiji saw her father, she could not help but to feel a strong sense of compassion within her and she was moved to act. She came to his rescue and swam with him to safety. When the Emperor looked into the eyes of the River Dolphin he was reminded of his daughter and his sense returned. On the bank he sat and wept bitterly over his wrongful doing. From this selfless act of the River Dolphin, the Emperor decreed that all River Dolphins would always be protected in his Empire.

The people alongside the river banks were delighted to witness the playfulness of the Dolphin and as time passed she became a symbol of peace, laughter, and prosperity.

Legends say that she married the River God and for centuries, she lived in peace in the quiet waters and over time she became known as the Goddess of the Yangtze. 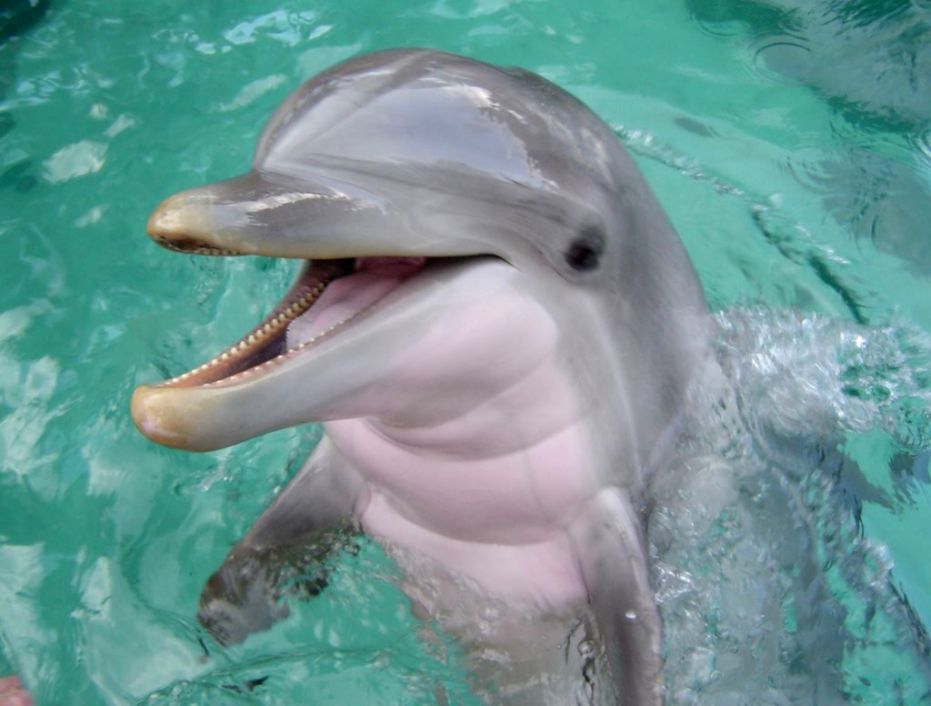 The Baiji River Dolphin was declared extinct in 2006.